With the 2018 Budget looming and public taxation and spending under scrutiny, County have lobbied their local MP to avoid any rise in Insurance Premium Tax (IPT).

The tax, introduced in 1993 as a way to raise revenue from the perceived under-taxed service, has increased each year since November 2015 and now stands at a standard rate of 12%. Some insurance products attract a higher rate of 20%.

Malcolm Sydenham, Director at County, has written the letter to Robert Courts, Member of Parliament for Witney. A copy of his letter is below. 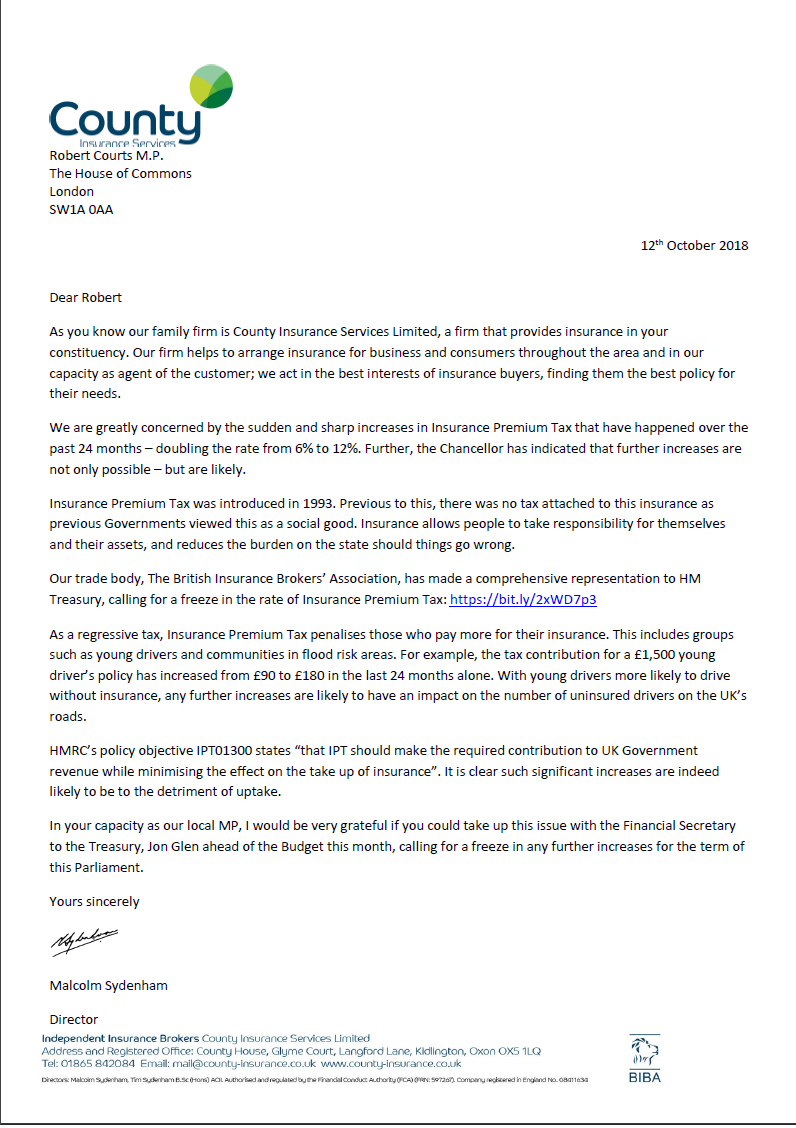 After writing his letter, Malcolm said: “While an increase in IPT is viewed as desirable by Whitehall, the government need to be aware that those who contribute the most through this regressive tax are those that require insurance the most and pay the highest premiums. Typically these are young drivers and those within a high flood area.”

He added: “We hope clients and other local brokers will join us urging the chancellor to stave off any increase in this already punitive tax.”

To download a template of the letter, or to get more ideas about how you can lobby your local MP on IPT, click here